Tiny (Ragnar) is available for adoption

Sponsored in loving memory of Leo, my first dog and always in my heart 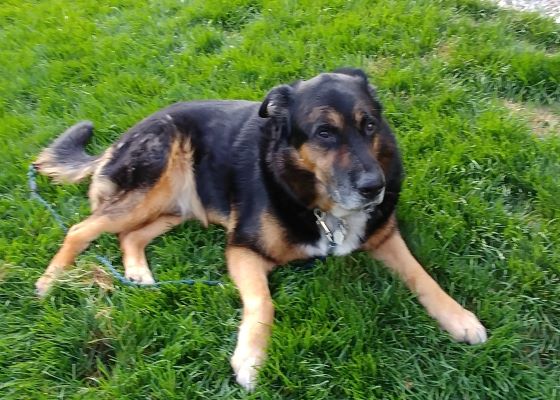 Tiny (Ragnar) is a male Rottweiler-Shepherd mix coming to us as an owner surrender. This gentle giant, with an exuberant personality, is approx. 8 yrs. old and weighs 70 lb. He is black and brown with very inquisitive brown eyes. He has been micro-chipped. His vaccinations are current as of May 2021 and is fully house trained.

He has had two owners. His first owner named him Ragnar and surrendered him to the Toronto Humane society 5 yrs. later. His second owner adopted him and called him Tiny. He answers to both but really responds to a combination of both names.

Tiny (Ragnar) does have special health needs. He is diabetic and receives 2 insulin shots, 12 hrs. apart with a meal. His glucose curve test on Sept 3 indicates his diabetes is well regulated and under control. He is so good in getting his shots. He just sits there, or lays, until done. For anyone who thinks they could not give him a shot, I use the old saying if I can do it anyone can! Giving the shot is easily taught. He also receives eye drops twice daily, one in each eye to prevent uveitis. These eye drops will be long term.

This big boy is always happy and ready to play, especially fetch. He likes to tease and hang on to the ball but will let go. He is a sweet, gentle boy who loves affection. He is a big cuddle bug, always near his human. He loves to lay on the couch near his human and does try to climb in their lap! He loves going on walks and racing around the yard. He has a medium-high energy level. He has yet to learn he is no longer a puppy!

He gets along well with other dogs and cats. He does have a tendency to resource guard his human and toys and food as he thinks all the meals are for him! He is not physically aggressive but will give a warning growl and take the toy or squeeze in between the human and the dog who is getting close. With training he is getting much better about this.

He only barks in the house if one of the other dogs bark or the doorbell rings and outside if he notices people walking close to the fence. He does stop when told to. He is house trained and crate trained
Tiny (Ragnar) knows the basic command of sit and come, which he mostly obeys. He definitely needs more reinforcement in this area. He also has little idea of boundaries – everything is his. He is a curious fellow and quite nosy. He counter-surfs, table-surfs and takes whatever he can reach and he can reach the entire counter! If edible items are left out, he will get them and eat them. If he is bored he will clear the counter!

He eats well and would love treats but they are sparingly given due to his diabetes. He does have a tendency to try to take dinners from the other dogs but is getting better at keeping to his own dish. Nothing breaks or is chewed he is just nosy. He does not chew furniture, cushions or shoes

Tiny(Ragnar) would do well in a forever home with
• a mature and calm environment
• his humans have the patience and time to be with him and invest in his training
• fully fenced yard
• firm but gentle guidance and positive reinforcement
• it is unknown how he reacts with children, but caution should be taken as he claims all toys and treats as his own
• dog sibling(s) should be passive and introduced slowly
With time and patience, this sweet boy will thrive and become a loyal companion for the right family. He really just wants to be loved and feel secure

** Adoptions within the province of Ontario only 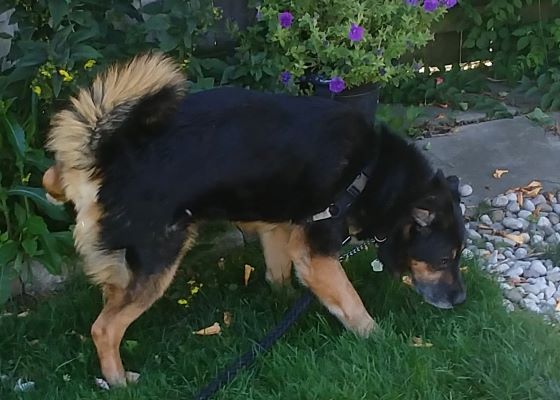 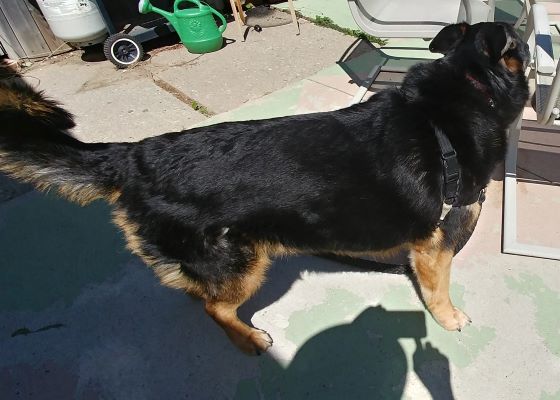