Monroe  has been adopted! 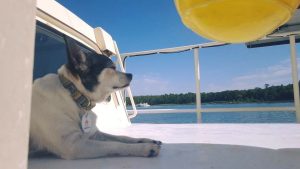 Monroe was surrendered by his father to a shelter in Ohio on June 10th, 2016. Though this little man had lived his whole life with his family, shelter staff was told that he was surrendered because his father did not want to spend money for vetting on an old dog he didn’t want.

The first few days Monroe was at the shelter he would have nothing to do with anyone, as he was seriously stressed. Of course he would be! Imagine yourself living with a loving family for over a decade and suddenly being placed in a concrete box, looking through bars at the world passing you by. This said, however, the shelter was lucky enough to have a couple staff members that are able to calm and make headway with most any dog coming in. Unfortunately, even they were having trouble with Monroe as he was sadly refusing to eat.

The incredible shelter staff decided to contact a very experienced dog-trainer and veterinary technician. She was able to leash Monroe and within minutes he was in her lap, snuggling! She examined him and found he had swelling in his back and in his rib area. After observing him for quite some time she recognized he was very distrustful around men. When men came around, Monroe watched their feet. Her assumption was he had likely been kicked. This information definitely coincided with the man who surrendered Monroe’s words and actions.

The technician didn’t want him put on pain meds because she said they would be hard on an older dog’s kidneys, and as such, she prescribed him some good old, bona fide bed rest. Because he was refusing to eat, shelter staff created a feast of chicken and rice for him and he was put on a controlled diet because he was also overweight.

Alert to the good vibes being sent his way, Monroe began to trust and like the staff more and more with every passing day. Though he began to love the female shelter staff, he would continue to snarl at all the men when they walked by. Staff would correct him appropriately and he began to drop his tail. Since his arrival, Monroe has come to trust most of the men in the shelter and now allows them to handle him – but he clearly likes females best.

Though you’d never guess it based on his weight, Monroe walks on a leash like a champ! He has obviously been housebroken, and after about a week since his arrival to the shelter, the swelling in and around Monroe’s back had gone down and it was obvious he felt much better.

During a recent class the shelter held for potential foster families, Monroe was allowed out and he played like a puppy. He ran around the room and introduced himself to new people. All of them let him come to them and Monroe did the rest!

He has been out to play with larger dogs and he’s been great as well! Though he is somewhat guarded around big, energetic dogs all he does is try to get out of the way. He’s often let out to play with the other small dogs in the area (most which are puppies) and he has been a total gentleman. Monroe willl correct puppies when they get too rough. Monroe would be best suited in a home without children of any age.

Since arriving in Canada, here is what his foster mom Courtney has to say, “With many of the dogs in our care we are often left wondering about their past, we ask ourselves if they were abused based on the behaviors they display in our homes. Unfortunately with Monroe we know this to be true based on the injuries he came into the shelter with, injuries that appeared to be a result of being kicked.

In the shelter he was terrified of everything but luckily for Monroe a couple of staff members took the time to take him to a quiet place where he could show them him his true personality. They were shocked to learn that once comfortable with his people and once he understood that they would not harm him Monroe is actually a hilarious little dog FULL of personality.

One staff member in particular was his saviour and is the reason Monroe is above today, she brought him to our attention and explained that his shelter behaviors was purely out of fear, she knew that once in a foster home environment he would flourish and she was 100% correct.

Monroe has been in our home for almost two weeks and to say we love him is an understatement! I truthfully thought he would need a lot of time to decompress but I was wrong, after a day he was asking to be picked up and covering us with kisses. If you are familiar with the breed this kind of behavior is very typical, he is hand shy until he knows and trusts you but once you reach that point he loves you with every ounce of his wee body.

I have never had an issue with Monroe but I have always respected his space and let him come to me, for this reason a home without children is best. He also would do best in a quiet home, he finds a lot of commotion overwhelming. He is wonderful with other dogs, he currently lives with two dogs over 50 pounds and truly thinks he is one of them.

He sometimes does need to be reminded to share his people but it’s a very easy correction and a behavior that is completely understandable considering his past. The moment I knew Monroe felt safe in our home was the day he started running everywhere, he runs to meet me when I get home from work, he runs to come cuddle with me on the couch and he runs to the kitchen when he knows it’s time for dinner, it’s as if his new life is way too exciting to waste time walking anywhere and its absolutely melts my heart!”

For more information on Monroe, please contact his foster mom Courtney, at courtneyjmiller18@gmail.com.

Please note that while we continue to get to know each of our dogs, their biographies will be updated with additional information, so make sure to check back once in a while! 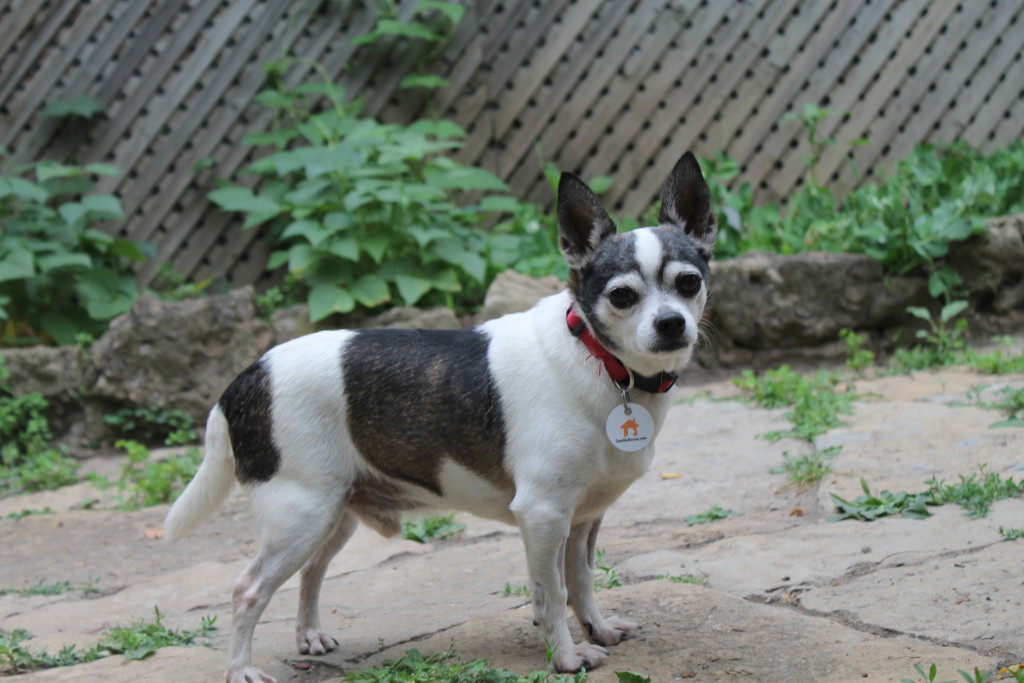 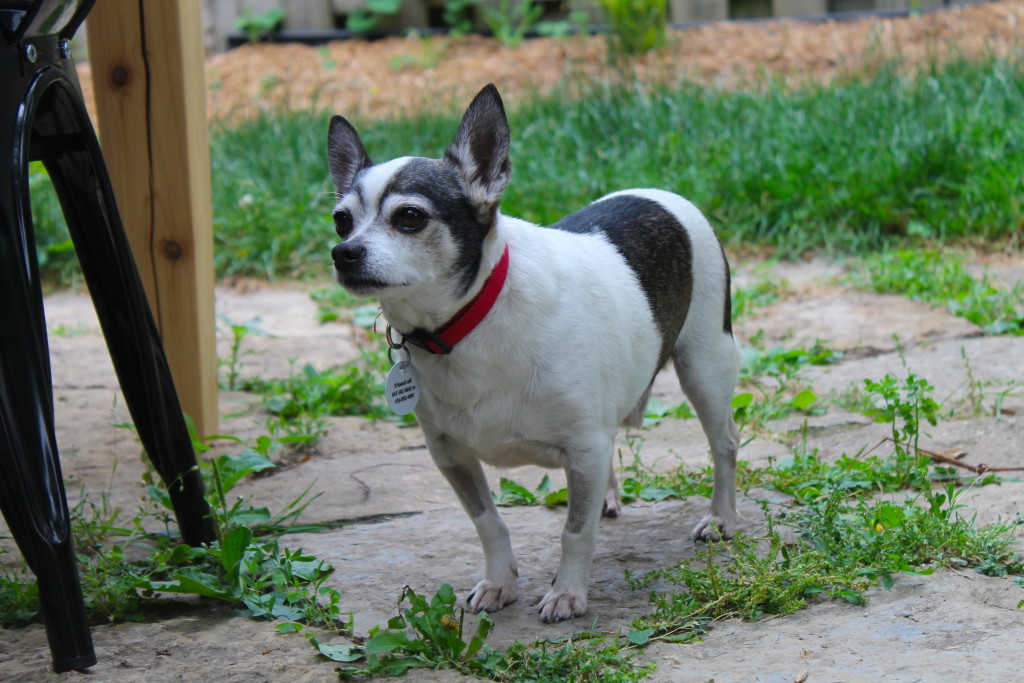 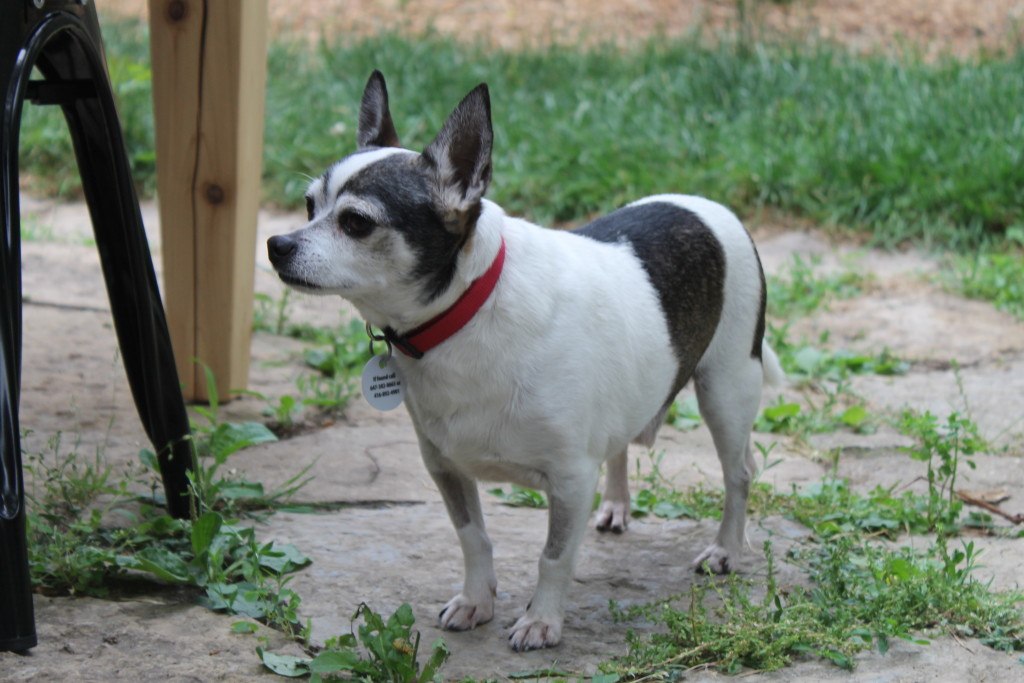 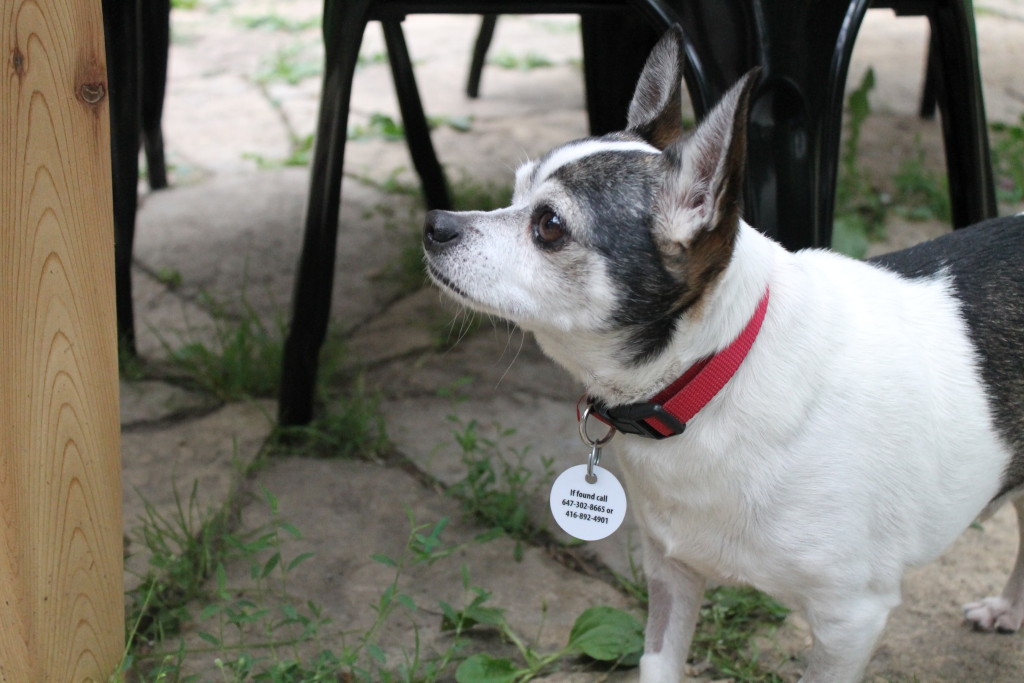 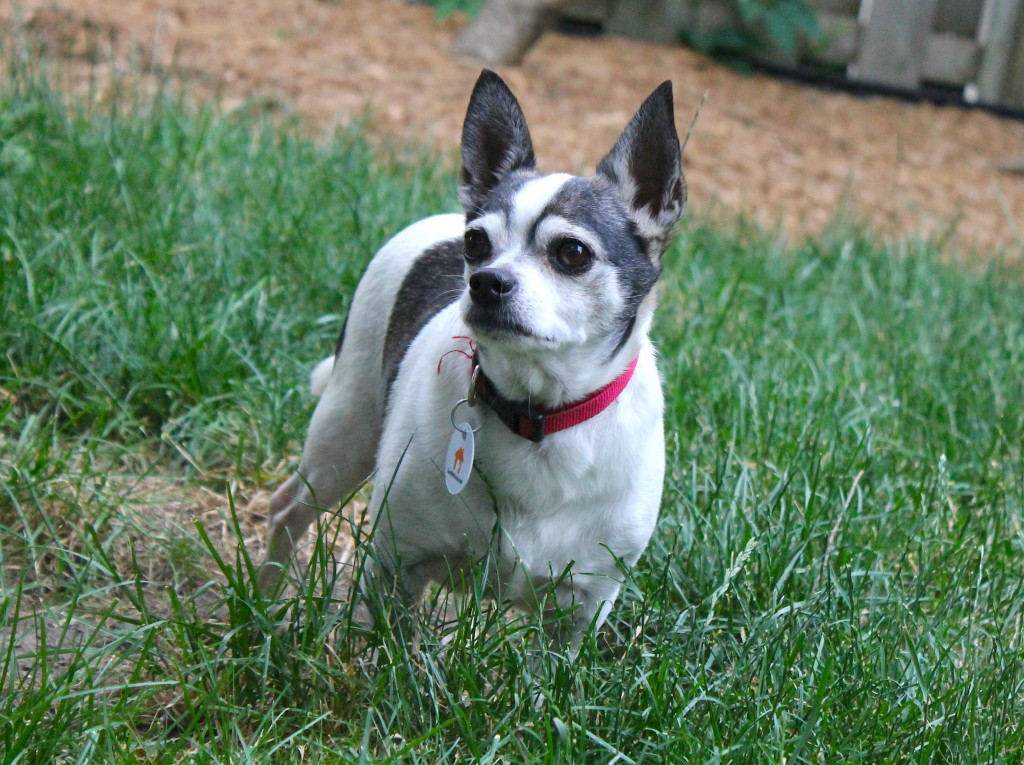 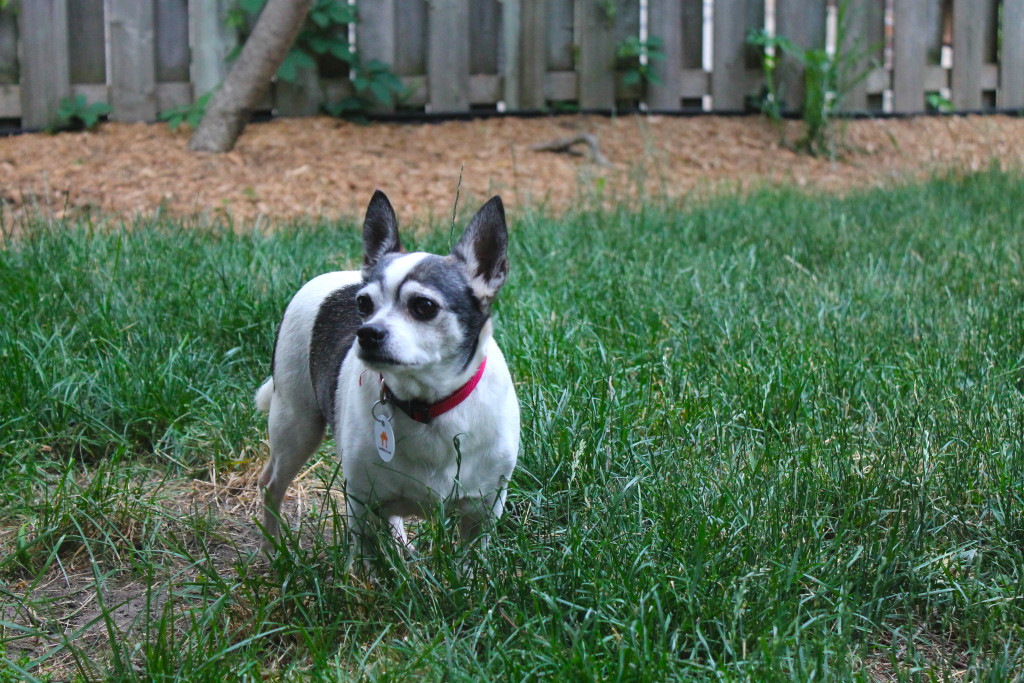 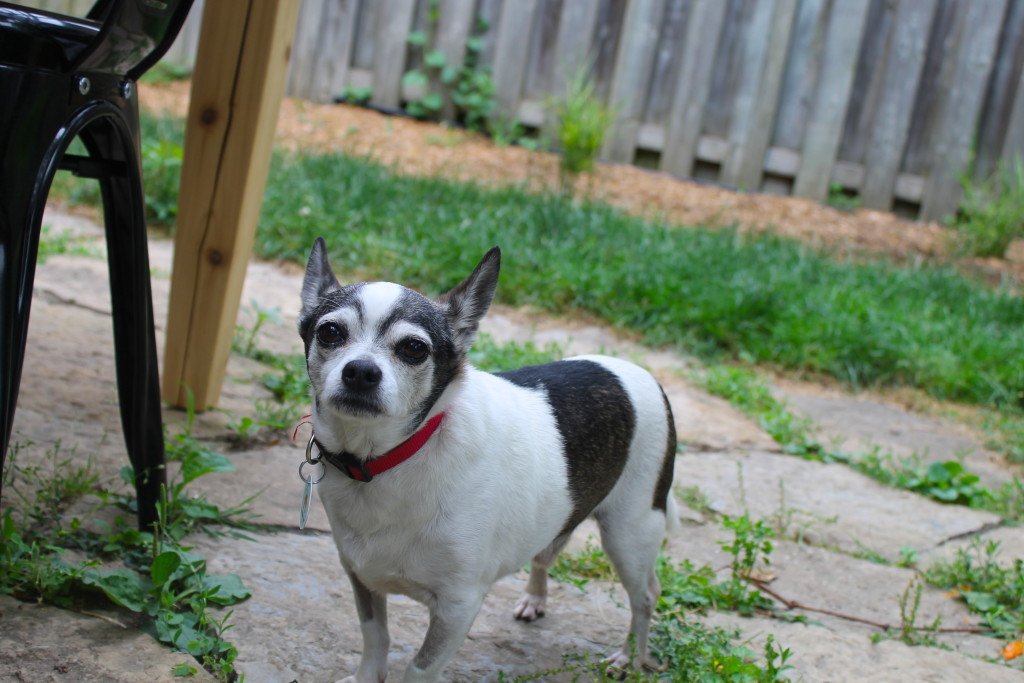 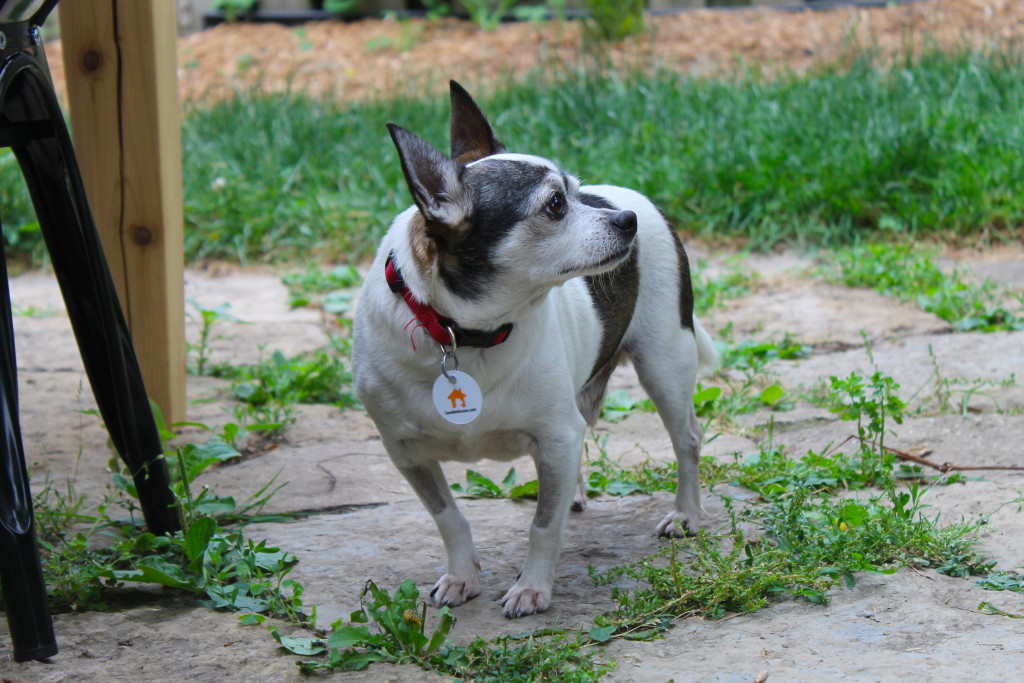 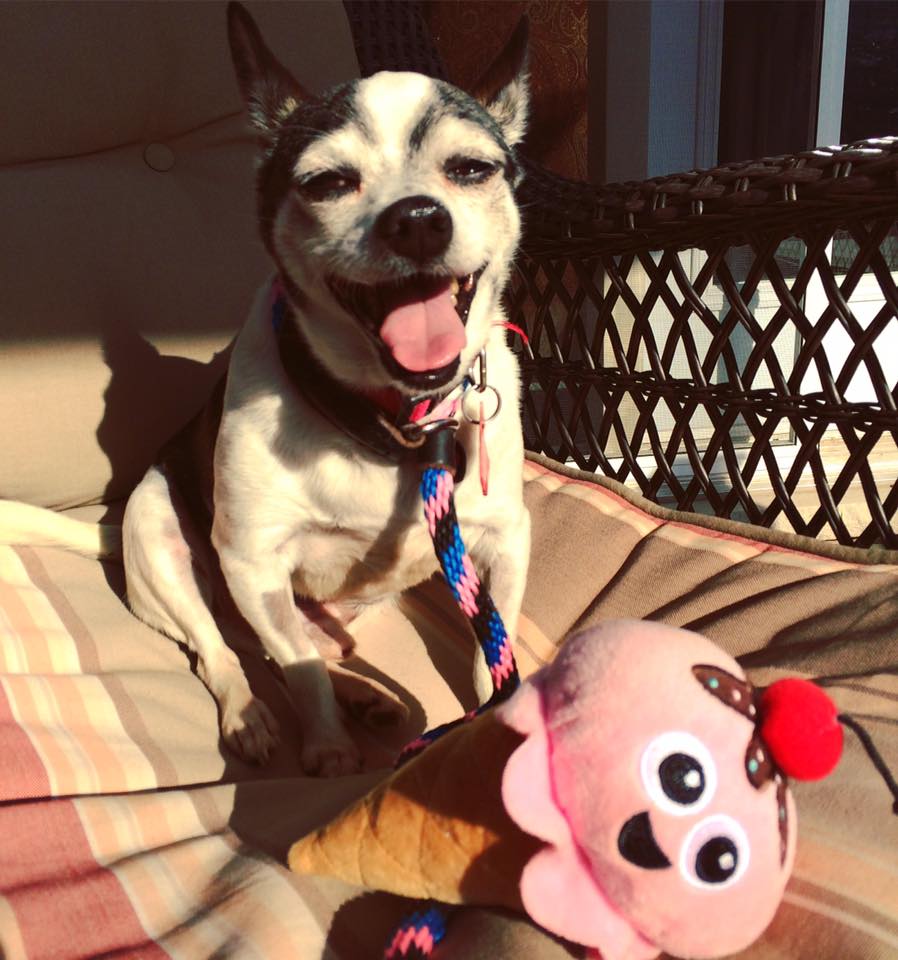 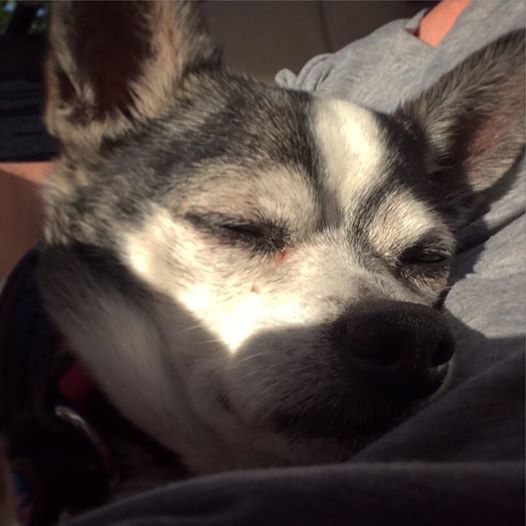 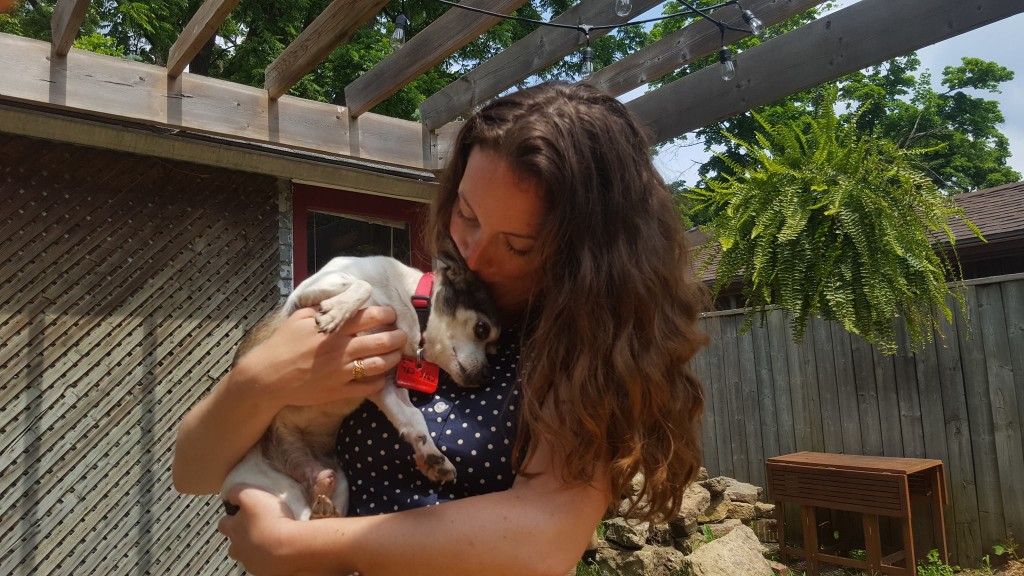