Lambo has been adopted!

Lambo is a 34-pound blue heeler mix (possibly with collie), estimated to be about three years old. He is neutered and up-to-date with all his shots.
Lambo is an absolute sweetheart to everyone he meets. He loves being near people, and enjoys nothing more than a snuggle on the couch. Whether you’re brushing your teeth, doing chores, or watching TV Lambo rarely leaves your side. If you sneeze or cough, Lambo always comes over to check out what the fuss is all about.
Lambo loves to please, and is aware of social cues. He is food motivated, eager to learn, and is quickly picking up on acceptable behaviour. He has good recall when his name is called, he is housebroken, and knows some basic commands like come, sit, lie down, and paw. Though he can get a little cheeky at times, he responds very well to a firm No.
We are currently working with Lambo on his manners, and so far he has made progress learning to be gentle while taking food from your hand, and when food is put in front of him, he will wait until he is told “break.” We have also used this technique when letting him out in the backyard.
Lambo was found as a stray from Kentucky, and as such has exhibited protectiveness over his food exclusively to other dogs – specifically his foster sister Nova. This behaviour has subsided since Lambo realized he needn’t worry about his next meal. The dogs are now fed on opposite sides of the kitchen, and there have been no issues of food protectiveness since.
Lambo is an easy-to-love, energetic dog that would likely do best in a home with a fenced in yard where he can run and play. While Lambo is happy to laze around most of the day – typical of his breed – he is on his best behaviour when he has had a chance to stretch his legs.  Due to his herding nature, we believe Lambo would excel in agility training.  Once he has had a nice walk, and a chance to horse around, he is a model dog at home.
Lambo has no issues when he interacts with other dogs outside and at the dog park, but he would likely do best in a home where he is the only male dog, and in a home without cats or small children. While Lambo tends to playfully jump and gently nip at hands out of sheer excitement when guests first arrive, it can’t be understated how incredibly gentle he is with strangers and familiar faces alike, permitting them to touch his paws, ears, tail and back without any semblance of fear or aggression. 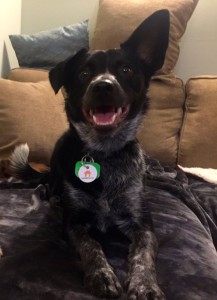 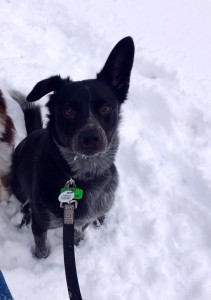 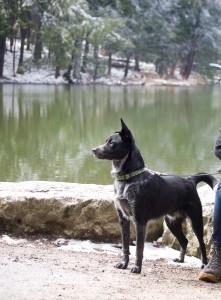