Cappy is available for adoption

Sponsored by a Save Me supporter

Cappy loves to be with people and will not turn down a chance to cuddle with his humans. He likes to be around people and is his foster mom’s little shadow. He likes to follow her around the house.

Generally Chihuahua’s can be yappy but so far Cappy has not been so he would be okay with a family in a condo/apartment but he still loves the backyard so he can run and wander around when he does his business. Cappy is housetrained but does require to be let outside frequently to do his business.

Cappy is currently fostered with other dogs and gets along well with them. He does not like dogs that get into his face so a home with other calm or respectful dogs would be best. He would also do well as an only dog. Cappy has not been exposed to cats in his foster home.

Cappy is afraid of men and strangers and will bark and run and hide. He needs a home that will work on building his confidence. When Cappy arrived it didn’t appear he had much exposure walking on a leash and would freeze and not move when trying to put on a leash. His foster mom has worked on this with him and he has gotten better with the leash.

Cappy’s ideal forever home is one with no young children and one that will not leave him alone for a long period of time (since he loves being around his humans so much and getting in as many cuddles as possible)!

For more information on Cappy, please contact Uyen at uyenhoang1963@gmail.com

**Adoptions within the province of Ontario only 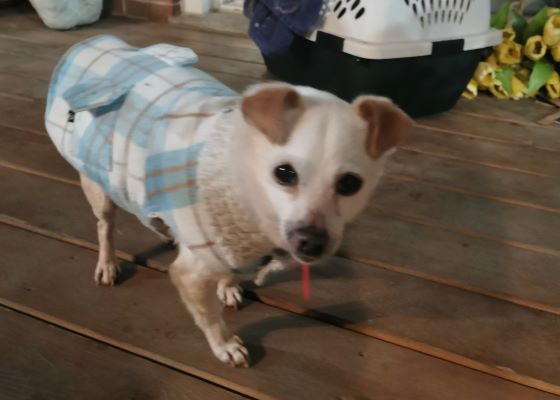 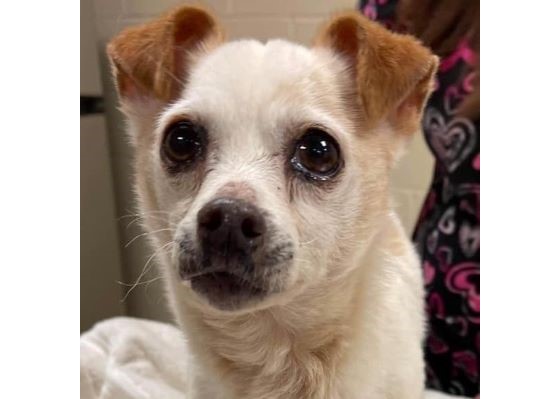